The Tale of Sally and Sue and the Tree with Lights 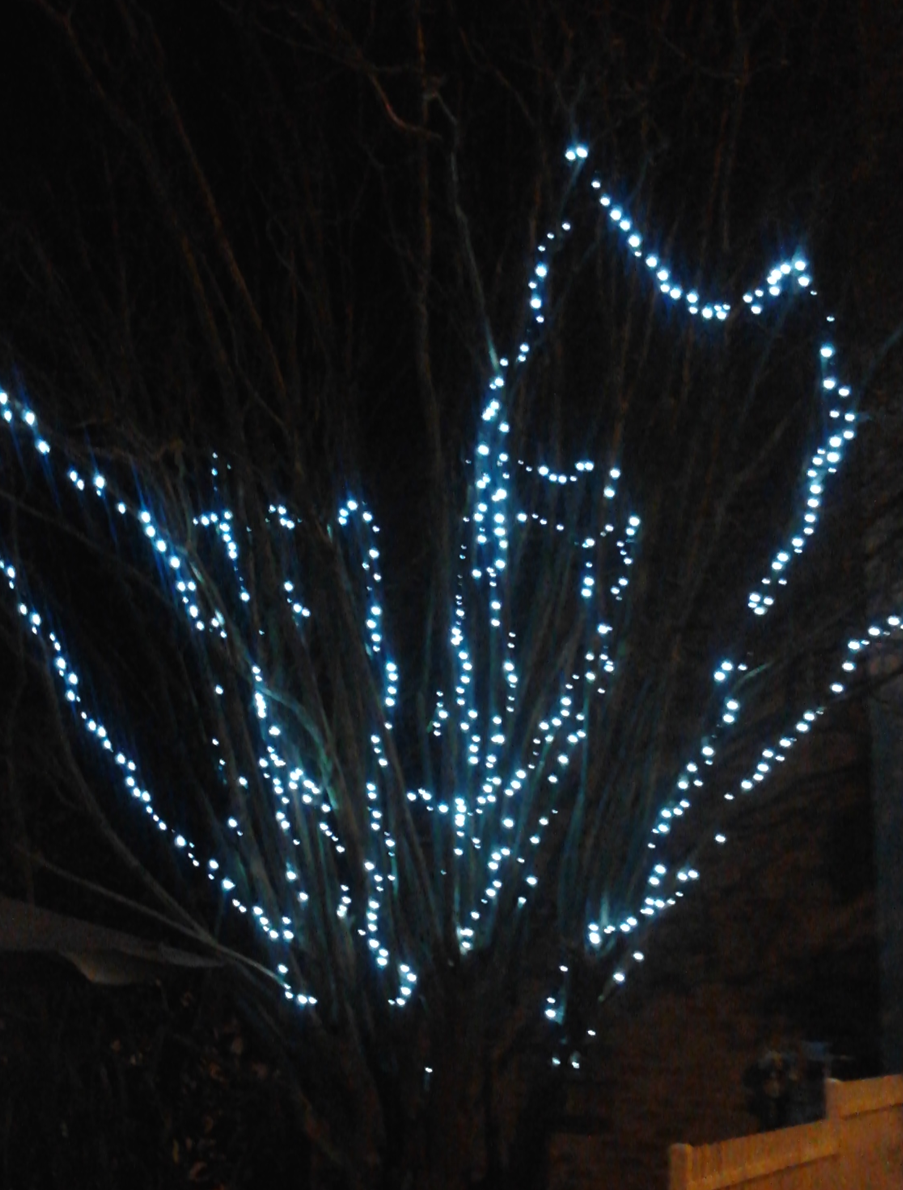 There was once a woman called Sally who lived in a place called "the lucky country", where the standard of living was high, there were no wars and eduction was free. Sally had a partner who was as successful as he was nice. she also had three wonderful children and a job that she enjoyed. Her mortgage was payed off and not only that her garden looked totally awesome (the best garden in the street, for sure). Sally worked hard to make her life the best that it could be.

Until.......... she noticed her work colleague who also appeared CONTENT & HAPPY in fact sometimes she looked more content & happy than even Sally herself. Not that Sally minded others being content & happy but this woman Sue had in Sally's opinion a "crap life". Sues' marriage had not worked, her kids struggled at school and financially things were tight and Sally had heard that her garden was even full of weeds. Sally knew that there was no way that Sue should look anywhere near content & happy.

As Sally watched Sue, month after month her puzzlement and dissatisfaction grew. So one day in the tea room Sally finally blurted out the question.

"Hey Sue, I know things aren't going great for you, but you look really okay about it all. I don't understand because if it was me I'd be angry and unhappy with my life. Is there a love interest we don't know about or have you won lotto?"

"No, none of those, I'm okay even though things are quite difficult for me because I don't belong here."

"No, on earth. I belong to the Kingdom of Light. You see there are two kingdoms and I belong to the one that lasts forever, where I am eternally loved, where there won't be health or financial issues or crying because of kids misbehaving. And the King who rules this Kingdom is love, He's good, He's just, He's truth and the King helps me every day to thank Him for all He has given me, its because of Him that I'm okay on the inside no matter whats happening around me."

Sally taken aback decided to just humour her, so very casually she asked.

"I'm not seeing it, but lets say there are two kingdoms, so whats the other one like?"

"Gosh, oh the other kingdom is terrible its like darkness, the king there has already been defeated by my King but he pretends that he rules all the earth. But he just wants to trick people and destroy their lives, he hates everybody, there is only pain and suffering and darkness and eternal death, and he loves war and hate."

"Okay this is my problem though" said Sally, feeling more unhappy and discontent than ever "If you belong to the Lovey dovey King and I'm guessing I'm in the darkness hatred zone with the bad king, how come my life looks pretty cruisy and great and yours, well doesn't?"

"Well, that's called a false sense of security because the king of the dark kingdom lulls you into thinking that this earth is so good that there is no life after death and you don't feel that you need the King of Light."

Sue went on as Sally just watched her not sure if all this was believable or not whatever the case, Sue had definitely missed the evolution class where there was no fantasy king stuff.

" Even though things aren't always great for me here, I do have the King who walks beside me and encourages me every day. My life is secure in His love. I do believe that He died so I could live. He has rescued me from the kingdom of darkness into His own Kingdom of Light. He makes me content and happy"

Sue finished and ended by saying "you should think about it."


"Yeah maybe." Sally replied, not sure what to make of it all.

Sally and Sue went home and unknown to each other, they both drove past the same tree, all sparkling with white fairy lights, shining against the jet blackness of the night.

Sally did see the tree, it did make her think of the two kingdoms, after all she like everyone worried about death and the after life and bad things happening but at the moment she had things under control perhaps later she'd think about it seriously I mean it would be nice to be loved by the Awesome King,but who has the time, what would her partner say? Life was working out. It's a pretty tree though, nice lights. She zoomed off toward the darkness determined to be content & happy.

Sue also saw the tree, wow what a beautiful tree it reminds me of how safe and good it is to belong to the Kingdom of Light and Love and even though the darkness is so big it can never put out the Light, Thank you so much my King and please help Sally to want to know You. She too drove off into the darkness, content & happy.

"Giving thanks to the Father, who has qualified you to share the inheritance of his Holy people in the kingdom of light. He has rescued us from the dominion of darkness and brought us into the kingdom of the son he loves, in whom we have redemption, the forgiveness of sins." Colossians 1:13,14

Posted by Jennifer Ann at 01:30 No comments:

This blog I'm hoping and praying will be an encouragemnt to those who follow Jesus and reach out to those who are genuinely seeking to know God as we look at His Word.
Jennifer Ann is a graduate from Sydney Missionary and Bible College

Jennifer Ann
Jennifer Ann is the author of "Broken Pottery the life of an African girl" For more information on Jennifer or her book or to contact her, check out her website in the link below. FREE ON KINDLE FROM THE 22/JULY - 26/jULY 2013